Having been unused and neglected since 2007 Hammersmith Palais was finally demolished yesterday. A Reggae All-nighter there was the subject of this Clash song (here performed in the film Rude Boy)…

The demolition also saw the loss of this ghost sign, pictured from the underground station by Caroline Derry  …

With thanks to Sam Roberts’ Ghost Signs Blog.

Postscript – If someone had operated a pirate radio station from the minibus Ann drove on the Hammersmith flyover in 2005, I could have covered most of my categories in one blog post!

Thanks to How To Be A Retronaut.

The more observant readers will have noticed some of my Flickr pictures that appeared recently in the right side bar here.  Pictures of bricks and strange brackets.

They are pictures I took last Saturday on a leisurely walk along a disused railway line in Stockton-on-Tees that forms the southernmost part of what is sometimes called the Castle Eden walkway.

The walkway passes under Bishopton Road West via the original 1877 brick built overbridge. 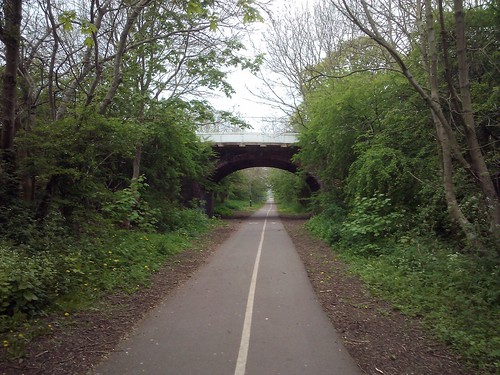 There are two parallel rows where bricks are missing, in some cases there are metal brackets. 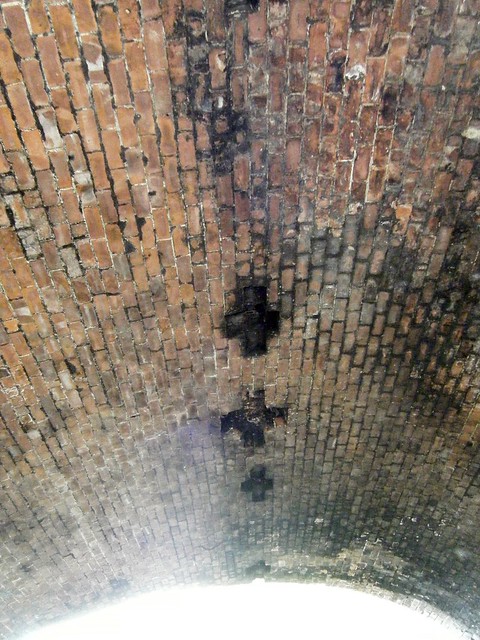 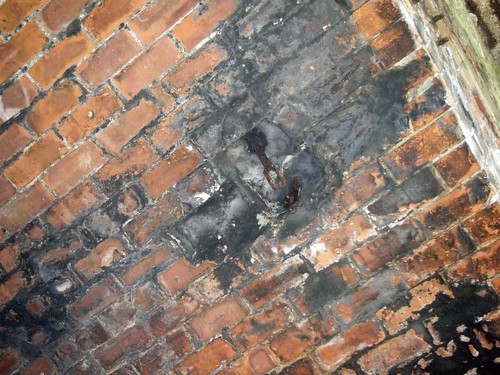 These brackets, between 1915 and 1935, held insulators which carried the 1500V DC overhead supply for the NER Shildon to Newport electric freight line.

The North Eastern Railway  built 10 electric locomotives, EF (Electric Freight) No 3 to No 12, to haul trains carrying coal and other freight from Co. Durham to the Tees at Middlesbrough. They were housed in a roundhouse engine shed at Shildon. Note the overhead lines radiating from above the turntable.

There was an eleventh electric loco which ran on these lines. EE 13 (EE standing for Electric Express) was the prototype for the traction intended for the proposed York to Newcastle electified main passenger line. It never went into service but was tested here.

After the abandonment of electric traction on this line during the 1930s economic depression the locos all survived until 1950. Some were converted to do banking duty at Sheffield Woodhead but, sadly, none is preserved.

In happier days here’s No 6 at Thornaby…

This post is a work in progress… some dates are to be checked and picture credits given if possible. Feel free to comment and correct.